Advanced propulsion developer Reaction Engines is nearing its first step toward validating its novel air-breathing hybrid rocket design at hypersonic conditions by firing up a vintage General Electric J79 turbojet to act as a heat source for testing, expected later this month. 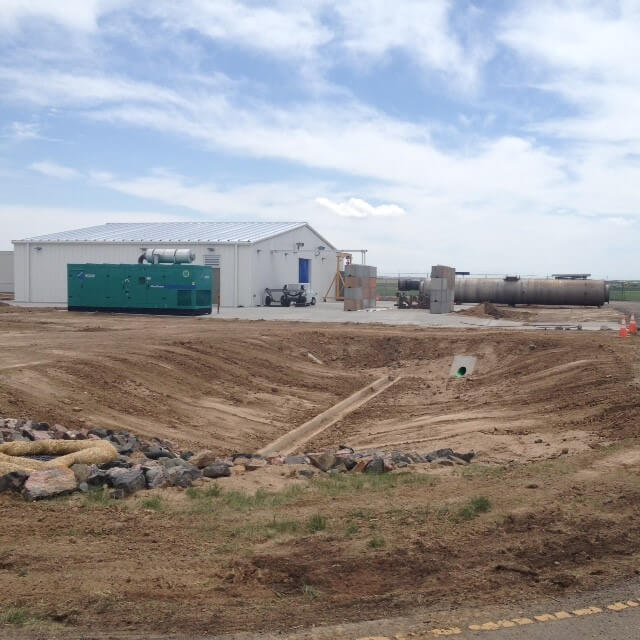 Tue, 2018-05-15 04:00 Advanced propulsion developer Reaction Engines is nearing its first step toward validating its novel air-breathing hybrid rocket design at hypersonic conditions by firing up a vintage General Electric J79 turbojet to act as a heat source for testing, expected later this month.

The ex-military engine, formerly used in a McDonnell Douglas F-4, is a central element of Reaction’s specially developed high-temperature airflow test site, which will soon be commissioned at Front Range Airport, near Watkins, Colorado. The J79 will provide heated gas flow in excess of 1,000C (1,800F) which, together with conditioned ambient air, will be mixed to replicate inlet conditions representative of flight speeds up to and including Mach 5. The flow will verify the operability and performance of the pre-cooler heat exchanger (HTX), which is at the core of Reaction’s Sabre (synergistic air-breathing rocket engine). It is also key to extracting oxygen from the atmosphere to enable acceleration to hypersonic speed from a standing start. The HTX will chill airflow to minus 150C in less than 1/20th of a second, and pass it through a turbo-compressor and into the rocket combustion chamber where it will be burned with sub-cooled liquid hydrogen (LH) fuel. Beyond Mach 5, and at an altitude approaching 100,000 ft. the inlet will be closed and the engine will continue to operate as a closed-cycle rocket engine fueled by onboard liquid oxygen and LH. Full heat exchanger testing expected to begin in third quarter

“The facility will be undergoing characterization throughout June,” says Adam Dissel, president of Reaction Engines Inc. “By mixing the flow we can control the ramp up and down, and it allows us to dial in the appropriate conditions so the pre-cooler will see an environment analogous to what it would see in a flight vehicle over a flight time line. If your vehicle took off from a runway and accelerated to Mach 5 over the next 4-5 min. we can dial in the temperatures, pressures and mass flows corresponding to that ascent. The whole set up allows us to do flight-like tests,” he adds. Reaction is completing the heat exchanger test unit in the UK (TF1) before bringing it to Colorado later this summer. The unit, which is made from thousands of thin-walled tubes to provide high surface area to low weight, is a “newer” version of previously developed HTXs says Reaction Engines CEO Mark Thomas. “It has similar dimensions and sits within this larger assembly for the full system that is required to get the coolant to the HTX,” he adds. Each tube in the HTX is joined to an inlet and outlet manifold, which allows coolant to be injected and removed for the cooling process. The U.S. test effort, which follows a 2017 Defense Advanced Research Projects Agency (DARPA) contract to evaluate the engine’s pre-cooler heat exchanger, builds on growing interest in the technology after the concept was independently validated by the U.S. Air Force Research Laboratory in 2015. However, the full-up evaluation in Colorado, known as TF2, cannot begin until the HTX completes pre-test preparations in the UK. “So there are quite big projects on both sides of the Atlantic that we are running in parallel, and they will effectively converge in the late summer or early fall time frame,” says Thomas.

Although Reaction’s ultimate goal is development of a full-up Sabre demonstration air-breathing rocket engine with a thrust around 44,000 lb., the company believes a successful HTX test could also enable this specific element to be fast-tracked into a range of other roles from advanced turbofans and hypersonic vehicles to industrial applications. “We think the heat exchanger is ready for prime time,” says Thomas. “Let’s marry that up to a turbine engine and get extra capability from it in terms of extra speed or performance in other forms. That would be a step between where we are today and the full Sabre engine.” The possibilities of turning this into reality, whether from potential development in the core of a future commercial turbofan or as the basis for a full-up hypersonic engine, appear to have improved markedly with the recent decision by Boeing and Rolls-Royce to invest in Reaction Engines. “There is an intent behind this, they can genuinely see applications for this technology,” says Thomas. “They can see how innovative it is; they can see how it can enhance current products as well as enable future possibilities. We have had a dialog with those companies anyway but to see it take shape more formally is really good.”

Reaction announced in early April that it had raised £26.5 million ($35.9 million) in new funding from Boeing, Rolls-Royce and a group that also included BAE Systems. The UK-based company also injected £20.6 million into Reaction in 2015. Other investors in the latest round include Baillie Gifford Asset Management and Woodford Investment Management. “This piece was a pure financial transaction, and how we develop that relationship going forward is what we are excited about,” says Thomas.

The timing of the HTX testing in the U.S. also “fits nicely with our overall road map, which will see us taking the next big step in the UK where we will run the core. Following complementary tests of the heat exchanger, we will then go into full systems demonstration and then into flight test. If you follow that through, then there is a logic behind the choice of scale for each of these test articles,” Thomas explains. Although the first demonstrator is aimed at around 44,000 lb. thrust, “this is highly scalable. That is probably the question we’ve been asked the most: ‘How scalable is this technology?’ All we know is its incredibly scalable and we have yet to define the top or the bottom. That is why we have taken a modular view of the engine. If we need a bigger engine we just need more modules. Why develop the world’s biggest compressor when you can just scale up? It’s a bit like the SpaceX approach,” he adds.

Reaction’s TF1 engine test facility at Westcott, in the UK, where the first ground-based demonstration of the Sabre rocket engine will take place, is “coming along fast,” says Thomas. The UK site will incorporate a hydrogen/air-breathing pre-burner to condition the air for core evaluation and is adjacent to a test facility where Reaction’s rocket nozzle tests have also been conducted. “We will have the building handed over to us this year and will have all the installation work done off the back of that. We will be active in 2019 at TF1.” Even after the initial heat exchanger work is completed in the U.S. Thomas says Reaction will continue to use the Colorado facility. “We see them both as developing assets as we continue to progress the technology and expand the envelope. In this way, we will really move from pure performance testing to endurance testing because we want to demonstrate as far as possible the operational life of the system on the ground before it goes into a vehicle.” Core testing is provisionally targeted for 2020 and will focus on the low fuel consumption potential of the cycle, as well as operability work covering transients. A second phase will connect the pre-cooler and thrust chambers to take the engine through the full operating range with heated inlet air as part of integrated engine tests, currently set for 2021. This would be followed by flight testing. However, given the recent additional funding, Thomas says that “for the full demonstrator there is definitely a possibility of accelerating the program with the support we are achieving and the capability we can potentially bring to bear. For the moment, our place holder is that we will do the core engine demonstration and the center piece of the overall system in 2020 and that would be the start of a longer development activity. But what we are really looking at is full-scale development into flight test, and what opportunities do we have now to accelerate that?” Source URL: http://aviationweek.com/aviation-week-space-technology/turbojet-runs-precursor-hypersonic-engine-heat-exchanger-tests